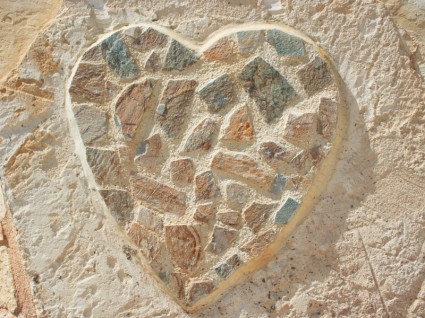 Her daughter was being held upright by two women on either side. In the last week she had cried for what seemed like every minute of every day. She wondered where the tears were coming from now. She felt blessedly numb, as if nothing could touch her now. It was not every day that a person lost their last living relative and became all alone in the world no matter how long one had prepared for this eventuality.
As if from a tunnel she could hear Mzee Ayubu tell the mourners that everything happened for a reason and that Ngai was a wonderful Deity who would never forsake His beloved. She almost laughed out loud at that, she who always went to church first and was the youth and choir leader.
If He was so good, where was He when her mother was dying like a dog?
The rest of the burial passed by in a blur. Before she knew it she was back at her house. A few women came back with her and two of the unmarried ones offered to stay with her to help out with the household chores. She declined. She just wanted to be alone in her misery. Maybe somehow she could also die and join her mother. It wouldn’t take too long to starve to death, right? One could only hope.
A knock on the door two days later came as a surprise to her. Even more surprising was her guest: Mzee Ayubu. When her mother was around, whenever he came to visit he always asked for a stool and sat outside. This time, however he made himself comfortable by the fire.

“My dear child, I know that life has dealt you a big blow but you must take heart. I,and of course the whole village, am behind you. You can come to me for anything,” he said with feeling.

“I was just wondering if it was possible for me to start receiving my mother’s portion of the grain from the farm.” This was something that she had thought long and hard about.

“Ah…,” he stalled while gesturing that she come closer to him, “those things usually take time. But if you… ummm… ‘talk’ to me nicely, am sure I can speed things along.”

She held out her hands. “Please, sir, I really need the food. There is not much left here.”

“I didn’t mean that kind of talk.” He dragged her a bit closer and put his hands on her hips. They had filled out quite nicely over the years and he had noticed. He had just bidden his time until such an opportunity as this one arose. He knew that she could not risk refusing him now. It would be social suicide. And she would starve.

She was caught off guard. Although she had no experience in such matters,deep down she knew that what he wanted was wrong. The man had three wives already. His youngest daughter was one of her bosom friends. Ngai baba, he was old enough to be her grandfather!

“NO!” She pulled out of his hold and went to the other side of the room.

“Come back here. You are a big girl now and I can make things easy or difficult for you, depending on what you do in the next few minutes.” “You shouldn’t be doing this. You are our spiritual leader and….” “And what? Don’t I have needs? Am I not just a man? You are a beautiful girl and I would make you mine. My wife.”

She stood mute for a moment. It must have been a moment too long because he started advancing towards her with a victorious grin.

“Stop. Please, don’t make me do this. I can’t.” Her voice broke on the last word.

“Come now,” he again tried to hold her against his chest.

“LET GO OF ME!”
She reached the door in two strides. Before she closed it behind her she heard him tell her she would regret it. She hid behind the house until she was sure he had left.

What would she do now? She had nothing of her own. She had just snubbed the most influential
member of the community. She was certain that such an action would be quite detrimental to her future stay in the village. She shuddered to think of what vindictive action Mzee Ayubu would take now. After all, an insult to his pride,such as this, would have to be avenged. She did not have to wait long.

The next day almost to the minute, another knock on the door announced yet another unsuspected visitor. She welcomed him with happiness.

“Kamau,” she called out with arms outstretched. She and he had been seeing each other in secret, sharing secrets and falling in love. But for her mother’s sudden death,they had planned to inform their respective families of their intention to marry as soon as possible.
“I cannot stay long,” he ignored her gesture. “I can’t even be seen talking to you.”

What an odd thing for him to say. Her confusion must have shown on her face because he clarified, “It is all over the village that you tried to entice Mzee Ayubu into the devil’s snare. They say that the devil in you is also the one that killed your mother. The village is in an uproar and everyone has been instructed not to get near you or the devil will eat them, too.”

Of all the ways she could have thought Mzee Ayubu would avenge himself, this was the most devious. He had successfully managed to alienate her from the community by playing with their spirituality. No one would ever talk to her again or help her…. She was truly alone now.

She would rather starve to death than go begging to him,as he obviously expected her to.

“Do you believe the stories you hear?” She asked him. He shifted uneasily and avoided looking her in the eye. She had her answer before he even spoke. “Never mind,I can see that you will believe anything you hear. To think I would have married you in a heartbeat had you asked.”

“I cannot go against the community and my parents. I have an image to uphold as the first son in my family. We cannot be associated with a rumored demoness.”

What of love, she wanted to shout. Although the words fell like a tombstone on her heart and broke it to pieces, she didn’t even flinch. There was nothing more to be said.

After he left,she considered her options as far as the village was concerned. Staying was no longer an option. To say the villagers were overzealous was an understatement. She could still remember with vivid clarity what had happened to Waiguru. She had to leave before something similar or worse was done to her.

It had come sooner than expected, but it was inevitable. She had felt discontent over the slow pace of village life and the never changing dynamics for a long time now. It was not enough for her and had never been. She had to see what else was on there.

She began to plan.

Lover of words, big cars, heights and sarcasm. I spend 80% of my time in a book. View All Posts

6 thoughts on “SOME KIND OF LOVE”